She decided to become a single mom. Then she became a CEO

Like many working mothers, Eileen McDonnell tries to limit business trips and after-hours events, and she feels guilty when she has to miss an event at her daughter's school.

Unlike most working mothers, however, McDonnell is the CEO of a Fortune 1000 company, insurance firm Penn Mutual. And she came to the job as a single parent, having chosen in her mid-40s to adopt her daughter, Claire, from Russia.

“I'd done a lot of soul searching about how I would acclimate as a mother."

McDonnell didn't decide on single parenthood lightly. She first seriously mulled over the idea when she was president of New England Financial, then a subsidiary of MetLife. "I'd done a lot of soul searching about how I would acclimate as a mother," she said.

She'd been around kids her whole life -- first as one of six siblings, and then as an adult with all her nieces and nephews. But by her 40s she had yet to have any of her own.

"Up until that time it hadn't happened for me," she said. "I realized I had the capacity to love a child and that it would round me out as a person."

Once she learned she would be allowed to adopt a baby from Russia, she opted to leave her job at New England Financial. 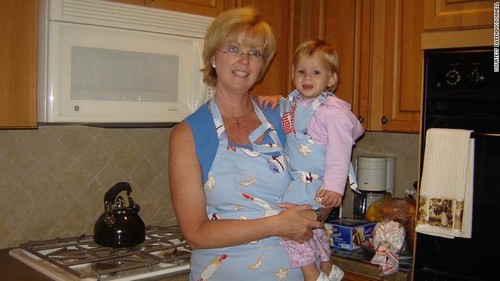 "I thought it was in the company's best interest for me to step away. I didn't think I could do my best as a mother and as an executive having a foot on both docks. So I stepped out of corporate life," McDonnell said.

That was in 2005. But then the adoption was put on hold until March of 2006. By that time, McDonnell had decided she didn't want to return to the inflexibility of corporate life and had started her own consulting business as an executive coach and was teaching an online leadership course for the American College of Financial Services.

After coming back from Russia with Claire, who was a year and a half old at that point, she devoted the next several months to be at home with her new daughter before resuming her consulting work.

During that period, a recruiter asked McDonnell to recommend people who would be good candidates for the role of chief marketing officer at Penn Mutual. Three of her recommendations became finalists for the job, she said, and the then-CEO of Penn Mutual asked to meet with her after learning she was the source of the referrals.

She saw the meeting as an opportunity to market her consulting services. The CEO offered her the CMO job instead, with the possibility of succeeding him as CEO if all went well.

Penn Mutual offered a flexible work environment. And McDonnell was happy to see the company had women in senior roles -- since, as McDonnell put it at a conference last month, often "women get stopped up the chain because life happens." 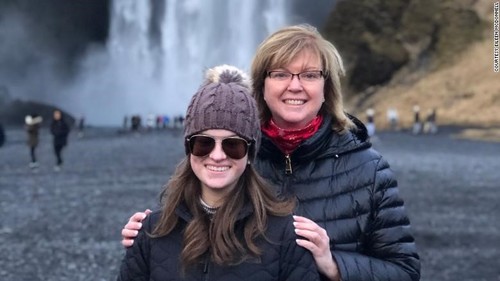 In her interview with board members, McDonnell stressed that she too would need flexibility. "I was clear I would give them my all, but if it were going to be an issue that I might have to step out to be a reader at my daughter's school, I'm not the right one for the job."

The board didn't have a problem with her terms. So she took the job in 2008. "I felt I could be the mother I wanted to be and be a successful executive and positively affect the company," McDonnell said.

She was subsequently promoted to president in 2010, to CEO in 2011 and then, in 2013, she became chairman too. She also promoted Susan Deakins, a mother of three, into the role of CFO, making them one of the very rare female CEO/CFO duos among Fortune 1000 companies -- fewer than 1% have them, according to BoardEx.

McDonnell had the full support of her large family when she chose to adopt. And she got hands-on help from two of her siblings, who moved their families to Pennsylvania to help her care for Claire when she became CEO. Her widowed mother also moved in with her.

"I'm very fortunate," said McDonnell, who spoke with CNN Business by phone while en route to a board meeting. A third sibling -- a sister who recently retired as a school principal -- was staying with Claire and the family dog while McDonnell was away.

She also noted that when she takes a long business trip, especially overseas, she'll sometimes take Claire, now 15, as well as one of her sisters to babysit while she's working.

One thing McDonnell said she never delegates is helping her daughter with homework, which can take a couple of hours at night, after which she then does her own work.

"I felt I could be the mother I wanted to be and be a successful executive and positively affect the company."

Throughout Claire's childhood, McDonnell was rarely first in the office, choosing instead to have breakfast with her daughter in the mornings. Anyone who needed to reach her first thing knew they could call or email and get a response.

As for Claire's extracurricular activities, she asks her daughter which ones she would like her mom to attend and she makes every effort to be at those whenever possible.

McDonnell admits her work and family commitments leave little time for a personal life. When asked what the most difficult parts of single parenting are for her, she said, "In the context of having a big job, it's when other kids have both parents at an event, and I wasn't even there."

And, she added, sometimes it's been tough not having a co-parent with whom she can make decisions and share ideas.

Setting the tone from the top

Making time for her child during the work day is just one way McDonnell communicates to employees that they can adjust their work schedules to attend to their personal obligations.

At roundtable discussions with her executive team, she said, "we make sure we talk about what's going on in their family lives so everyone sees the leadership in the company has personal commitments."

Flexibility to handle those commitments extends to all employees, not just those with kids. "Everyone has their version of life, and how they try to bring that into balance," McDonnell said.

This article was first published in CNN Business