In 2015 Johnson & Johnson launched its WiSTEM2D initiative, designed to encourage girls and women to pursue science and technical careers. (WiSTEM2D stands for Women in Science, Technology, Engineering, Math, Manufacturing and Design.) But the history of women in technological and scientific roles at Johnson & Johnson dates back more than a century before that.

Founded in 1886 to make the first mass produced sterile surgical dressings and sterile sutures, Johnson & Johnson opened its doors with just 14 employees – eight of whom were women. Since then, the company has had a high percentage of women employees, and today women make up 45% of the company’s more than 130,000 global associates.

In the late 19th and early 20th centuries, very few women worked in science and technical fields. Women who worked outside of the home were largely confined to domestic and factory work, teaching and nursing. But in that era, one of the company’s original 14 employees, Mathilda D---, was the first female employee at Johnson & Johnson in a STEM2D field. As the tiny startup founded by the Johnson brothers grew, Mathilda earned increasingly greater responsibilities, supervising a manufacturing department by 1908. 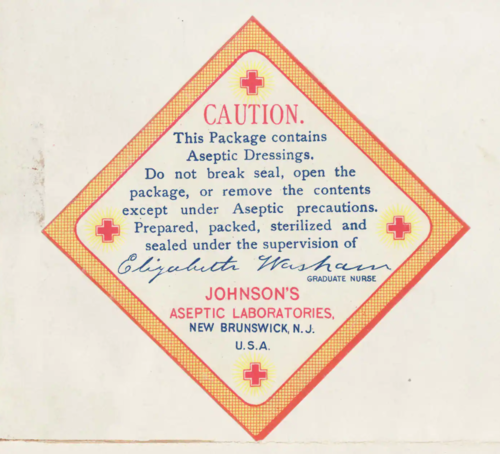 For Johnson & Johnson to accomplish the manufacture of its sterile surgical products, the company had to pioneer sterile industrial manufacturing. In 1897, graduate nurse Elizabeth W--- was the head nurse in the company’s Aseptic Department. She supervised quality and ensured that employees followed the department’s strict rules for asepsis, which included scrubbing in like a modern surgeon, the wearing of sterile uniforms and keeping everything surgically clean in an era when many doctors still operated in grimy germ-filled frock coats without washing their hands.  The rules and procedures in the Aseptic Department were demanding and highly technical, created by Johnson & Johnson Scientific Director Fred Kilmer and based on the emerging scientific disciplines of asepsis and bacteriology. Elizabeth, along with Kilmer, also had the responsibility of signing the sterility seals that were placed across the tops of the company’s sterile surgical dressings. 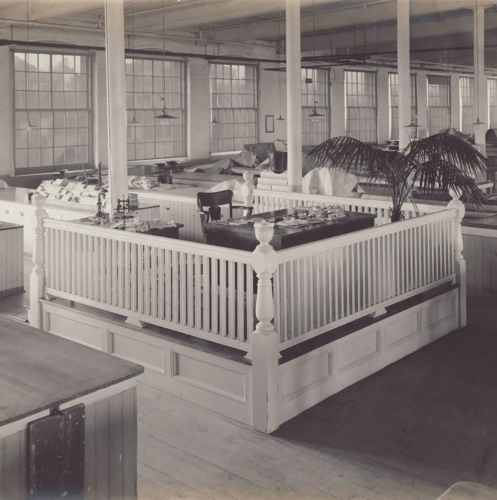 A photo of the desk of Cotton Finishing Department supervisor, Miss Reed, 1910.

In 1908, more than a decade before women earned the right to vote in the United States, eight out of 36 department supervisors at Johnson & Johnson were women. Those eight women were in charge of manufacturing departments that included the company’s pioneering Aseptic Department -- supervised by Nora H--- -- where the company’s sterile surgical products were made. The Aseptic Department was the jewel in the company’s manufacturing crown: as the first sterile industrial manufacturing department, it was frequently visited by medical professionals, and was run and largely staffed by highly skilled and trained women employees. 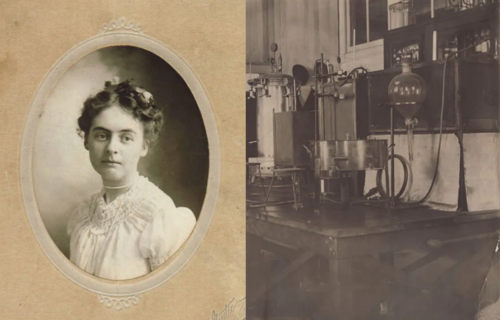 Edith von Kuster, and a corner of the Johnson & Johnson Scientific Department Lab.

That same year, 1908, Johnson & Johnson took a step even further: the company hired its first female scientist, chemist Edith von Kuster, recruiting her from the University of Minnesota. Predominant occupations for women in the workforce in 1908 were still the same: teaching, nursing, and domestic and factory work. At that time, few American women attended a four-year college, with even fewer majoring in science, and career opportunities for women scientists were confined to teaching and research; in industry, they were virtually nonexistent at the time.

Women continued to lead the company’s sterile surgical products manufacturing – a non-traditional role for women and a highly technical responsibility in an era when those types of opportunities for women were extremely unusual.  In 1927, Edith H---, head of the Ligature Department at Johnson & Johnson (our sterile suture manufacturing department), was sent by the company to Slough, England to train employees at the company’s new U.K. operating unit in the manufacture of sterile sutures. In the era before commercial air travel, Edith traveled to the U.K. by steamship to do the training.

In 1930, Katherine H--- was promoted to Director of the Medicated Dressing Department (the new name for the Aseptic Department) at Johnson & Johnson, a position she held until the mid-1940s. Katherine was a graduate of the management and supervisory training program put into place by company co-founder Robert Wood Johnson, and she is credited with being the first person at Johnson & Johnson to implement a manufacturing production schedule, dramatically increasing productivity and raising wages for the women in her department. 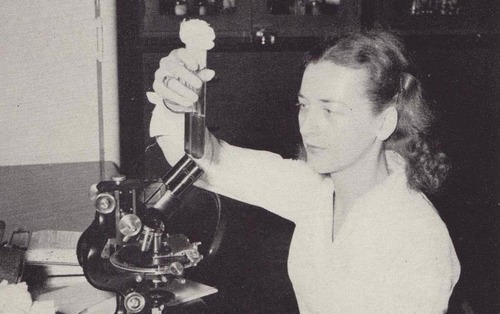 Millions of women stepped up to fill the ranks of technical and manufacturing fields in the U.S. during World War II, constructing ships and building and repairing airplanes, among other work. But in the postwar era, women were again pushed back into more traditional roles in society.  Despite this trend, women continued to work as scientists at Johnson & Johnson, not only as chemists and bacteriologists, but as lab supervisors like scientist Jeanne C---, who supervised the company’s bacteriology lab from 1944 to 1949.  In 1961, when the percentage of working women in science was still small, scientist Edythe L--- supervised the Johnson & Johnson Research Center Bacteriology Lab.

One of the company’s pioneering women research scientists to achieve a senior management position was Dr. Alice R---, who became the first female operating company board member at Johnson & Johnson in 1972. In 1966 Dr. R--- was the first woman to receive the Ortho Research Fellow Award and in 1970 she earned the Ortho Distinguished Contribution Award for her role in developing a revolutionary slide test for pregnancy. 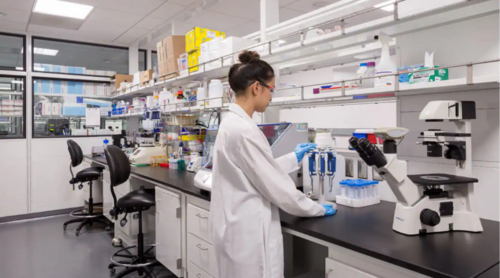 Scientist at JLABS in San Francisco, one of Johnson & Johnson’s life science incubators around the world that provide lab space and resources for early stage innovation.

Today, Johnson & Johnson has many women in senior leadership and STEM2D positions.  With women still making up less than 30% of those engaged in science research and development, and only 12% of U.S. employees in engineering careers, Johnson & Johnson has more than 11 partnerships worldwide to increase the number of undergraduate women majoring in STEM fields to help address the need for women in technical and scientific careers.  In 2017, Johnson & Johnson launched Re-Ignite, a paid career reentry program for professionals in STEM2D careers who want to return to the workforce after having been out for at least two years.  The program provides skills training and support from mentors at Johnson & Johnson, and participants can be considered for a full-time role in the company. From 2017 to 2019, five women completed returnships and were hired across the company in STEM fields. Johnson & Johnson is also partnering with Girl Scouts of the USA in support of the Think Like a Citizen Scientist Journey, which prepares girls to experiment, explore their environment, and learn how they can improve the world through STEM. The program also funds training materials to help troop leaders increase girls’ interest in science, technology, engineering and math and increase their confidence and abilities in those areas. Johnson & Johnson’s focus on empowering women to purse and excel in STEM2D careers continues a heritage that goes back to one of the company’s founding employees.

The original article was published here.

Half the Sky's mission is to supply the tools that can give every woman the ability to build a successful career and be fully prepared for the future of work. So, that they can lead a healthy, prosperous and more balanced/blended lifestyle of their choosing.  By building your confidence, you’re setting foundations to empower yourself and your career.  The world is your oyster, and it starts with you.

Enjoyed this article let us know your thoughts in the comments below:

half the sky (HTS) is a career platform for women connecting you to career opportunities at companies that care. Providing you with information, tips and strategies to navigate the rapidly changing workplace.