Coronavirus has proved the ultimate test of national leadership….and women are getting the top grade.

I’m not sure if you’ve noticed this, but women are pretty good at stuff. And it turns out one of the things we are really good at is running a country during a global pandemic.

The most recent statistics on the spread of Coronavirus have revealed some rather heartening facts if you happen to be a feminist (so that’s almost all of you then.) The countries with the lowest numbers of cases and deaths, and the best responses to the virus are Germany, Taiwan, New Zealand, Iceland, Finland, Norway and Denmark.

What do they all have in common? They are run by female leaders. 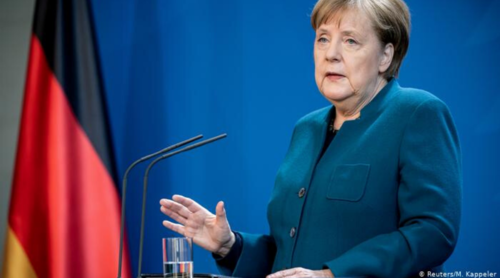 Germany, under the Chancellor Angela Merkel who has a science background, has been a noticeable Coronavirus anomaly in the middle of mainland Europe with 138,273 confirmed cases and 4,101 deaths at time of writing. The comparatively low numbers have been accredited to Germany’s stringent and widespread testing programme and its swift response of targeting and isolating cases. Merkel herself was praised for her televised address, the first (apart from her annual New Year's speech) since she became Chancellor in 2005, she forcefully highlighted the importance of the pandemic, and how seriously the German people should respond to measures.

Taiwan, which has Tsai Ing-wen as its president, has been one of the least affected countries thus far. This could be seen as somewhat surprising given Taiwan’s economic ties and physical proximity to mainland China (not to mention long-standing tense relations). Yet, while most countries were still deciding whether or not to take action, Tsai Ing-wen’s government (which includes a vice president who’s an epidemiologist) banned travel and rolled out island-wide testing, including retesting people with unexplained pneumonia. Out of a population of 24 million people, they have less than 395 cases and 6 deaths.

Iceland’s prime minister Katrin Jakobsdóttir, has implemented nationwide testing and the country has currently 8 deaths. Norway's president, Erna Solberg, has not only had a rapid and clear response to the pandemic (the country has 6905 cases and 157 deaths) she even held a special press conference for children to reassure them. Finland’s president, Sanna Marin - at 34, the youngest serving state leader - has kept the country’s numbers to only 3369 cases and 72 deaths, by a strong stay-at-home message that even enlisted the help of Finnish social media stars. While the British government was still figuring out next steps, by 13 March, Denmark’s leader Mette Frederiksen had closed her country’s borders and, a few days later, had closed schools, nurseries and universities as well as banning gatherings of more than ten people. The country has had 321 deaths so far.

Jacinda Ardern, the prime minister of New Zealand, has been celebrated for her response to the pandemic. Not only did she implement an elimination policy of strict and complete lockdown, which has limited the country’s deaths to less than five people, she has done so in a way that has earned the trust and respect of her nation. Her messages were direct - no room for confusion- and her manner was both authoritative and friendly. “We go hard, we go early” she said, sounding like a rugby coach, and everyone, it turns out, listened. She’s been killing it on the clear and concise messaging about this pandemic, and that’s before we even get to the fact that she, along with her ministers, has taken a 20% pay cut for six months and that press conference where she confirmed that the Easter bunny was, of course, a key worker.

These female leaders are united by the fact they acted swiftly, decisively and, essentially, with no BS. They sent clear directions to their nation with no flapping or mixed messages and have also shown a great deal of care. They addressed the human, not just the economic consequences of this crisis. Crucially, they did not use this moment for shifting blame or even political gain.

They just got on with it. 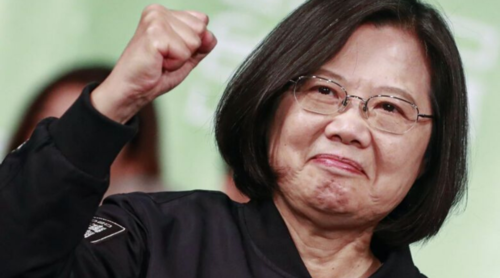 We are witnessing true lessons in leadership here and some world leaders are failing while many others have massively stepped up to the huge task at hand. The comparison to the stalwart leadership of these female world leaders is the brash and reckless downplaying of the pandemic seen in leaders like Brazilain president Jair Bolsonaro who is leading Brazilians “to the slaughterhouse”, according to former president Luiz Inácio Lula da Silva.

Then, there is the baffling behaviour of Donald Trump. The US is now the epicentre of the virus and the president’s response (from initially dismissing it as the ‘China Virus’ to flip-flopping on shutdowns, tests and responsibilities) is to blame the World Health Organisation (WHO). This, of course, prompted Trump to cut funding to WHO.

Trump is a prime example of how not to lead a nation in a global crisis. He is using the pandemic as a soapbox for his political campaign to be re-elected. Daily briefings have become a place to get ratings, make power displays and shout or talk over journalists (particularly if they’re female).

It seems sad to lean in so heavily to such a female stereotype, but the success of these women might actually have something to do with the fact that women are typically socialised to care for others, to put their ego aside. It’s ingrained in us from an infantile age, to care, to consider.

Yes, we are dealing in broad generalisations here. Obviously many male leaders - New York’s governor Andrew Cuomo, French president Emmanuel Macron - have stepped up with decisive action. But what we can be certain of is that, male or female, when ego or reputation supersedes protection and safety in a national leadership role, we have a problem.

This pandemic has exposed many things and one of them is that we really do, in a time of national and international crisis, need something special from the people we choose to lead us. The partisan, messy, angry nature of politics has no place in a pandemic. What we need right now is something we have never really needed before. We need our presidents and prime ministers to act like responsible parents.

We need them to tell us what to do, when to stay home, when to go out. We need them to take action and accountability for our safety. Now, more than ever, it matters what kind of person you are, ultimately how suited you are to the real duty of care that comes with the job of leading a country. It is not about the glory, prestige or power, it is about serving your country and protecting your people.

Once again, the burden of care has fallen on women, and they have done it unquestionably, without ego or delay. Only time will tell if the strategies deployed by leaders like Boris Johnson will have long term positive effects, and prevent further risk of infection. But what will not be forgotten, is how leaders like Jacinda Ardern have risen to the challenges with dignity and care.

This article was first published in Glaomourmagazine

These Are Some of the Most Popular Career Resolutions for 2022!