Coronavirus: for Asia’s emerging economies, working from home is still a work in progress

Abigail Bautista is used to being out of the house by nine in the morning to catch meetings in the office before noon. But for the past two weeks, the Manila-based consumer brand manager has not been anywhere near the office. Instead, she has been holding court with clients from the comfort of her dining room, in front of a 13-inch laptop.

Like millions of other office workers across the world, Bautista has been forced to work from home (WFH) as governments across the region impose lockdowns and quarantines to prevent the spread of the novel coronavirus.

Businesses large and small are scrambling to provide their workers with the necessary support to be able to do this and function as normally as possible. But in Asia’s emerging economies, problems such as slow internet speeds, lower levels of computer ownership and a lack of trust mean it may be some time before working remotely is as mainstream a practice as it is in Silicon Valley or some of the more technologically advanced OECD nations.

“I have a friend who has no stable internet connection at home and has to go to her neighbour’s place just to go online and get her job done,” says Bautista. “That completely contradicts the whole point about working from home to ensure your safety.” 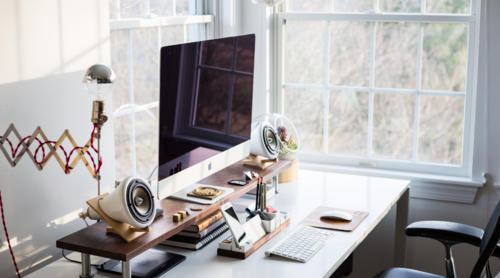 The problems are particularly acute for the business process outsourcing (BPO) industry, in which employees need access to relatively powerful computers with large memory and storage facilities and reliable internet connections.

Both the Philippines and India, the world’s two leading BPO hubs, have imposed lockdowns aimed at slowing the spread of the coronavirus. So important is the industry to the Philippines – it now accounts for about 8 per cent of GDP as opposed to almost nothing in 2000 – that President Rodrigo Duterte granted exemptions for BPOs to keep running despite the lockdown.

However, many companies found that, amid the disruption, continuing office operations was too problematic and decided to implement work-from-home schemes. Among them is TaskUs, which also has offices in India.

The firm has issued new laptops to some employees while letting other workers take home their office computers, no easy logistical task amid the lockdowns. Workers without internet connections at home were issued Wi-fi dongles connected to the company’s network.

The key, says the company, was to assure both its employees and clients that it was “business as usual”. Employees needed to know their jobs were secure, clients that the services would remain unaffected.

“Shifting to a work-from-home set-up was not easy. These are really unprecedented times and things happened so fast,” says the company’s CEO Bryce Maddock. “We had to deal with logistical issues and different government policies. We worked tirelessly to attain clients’ signoffs, conduct internal surveys, deploy equipment, all the while ensuring productivity during our transitional period.”

Guaranteeing that productivity is unaffected is a struggle, even for companies outside the BPO industry. Slow internet is among the most common complaints.

Ajay Acharya, a sales manager in a leading professional services firm in Hyderabad, India, says his broadband connection at home is supposed to handle speeds of up to 50 Mbps but in reality manages only 1 Mpbs. Streaming a video in HD requires at least 5 Mbps.

“Bad internet connection really hampers the work we do. Now I have to rely on a Wi-fi dongle that my company issued, which gives a maximum speed of only 10 Mbps, as it relies on mobile connection,” says Acharya.

The Philippine local chamber of telecommunication providers has urged users to stream videos and download games during off-peak hours to prevent networks from being strained.

An insurance coordinator in the Philippine office of a global professional services firm says he would usually need two monitors and a seamless internet connection to do his job. But currently he is at home with one laptop and he must share bandwidth with his wife, who is also working from home, and two toddlers, whom they must keep entertained by streaming children’s videos.

Another problem is that with whole swathes of the business world being forced to implement work-from-home strategies, just one bad link can affect an entire chain of economic activity.

Paul Rivera, of Manila-based start-up Kalibrr, has asked his more than one hundred employees to work from home. However, for his sales team to work efficiently, their clients need to be up to speed too.

“We see an asymmetry where technology companies like us can continue to operate but a vast majority of our clients are not able to because they haven’t equipped their teams properly or do not trust them enough,” he says.

For some, the problems are as much about culture as they are about technology.

An English teacher at a popular language school in Jakarta said her employer refused to let staff fully work from home despite the rising number of coronavirus infections in the country. 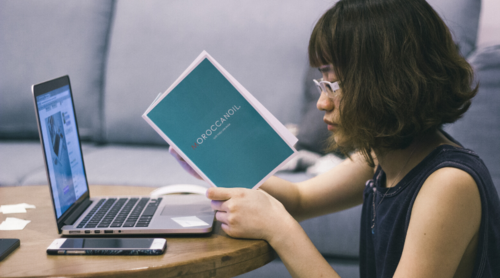 “Classes for students have been suspended since the second week of March yet us teachers are still forced to report to the office at least three times a week,” she says. “We can work on our tasks remotely and we have laptops but they still want us to go to the office.

The frustration is taking a toll on my mental health.” In more traditional offices across the region, employers commonly try to maintain a tight grip on employees working at home.

Back in Manila, brand manager Bautista says her human resources officers call her three times a day to check on her progress. “The tasks that I have now while working from home have actually increased, compared to the tasks before the quarantine,” she says. 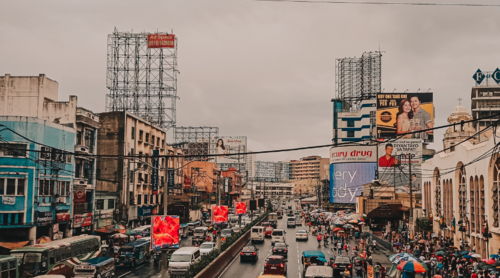 Still, some employers are warming to the idea that this arrangement could be here to stay for the foreseeable future. Yvette Fernandez, deputy editorial director of Summit Media, a lifestyle network in the Philippines, says her team had a head start as the company had already been operating a work-from-home scheme two days a week since last year.

“Its main purpose [when we launched] was to help relieve the team from having to battle the city traffic every day. Some colleagues would be stuck in traffic for two to three hours each way,” she says. “So implementing a full-time work-from-home scheme was seamless.” 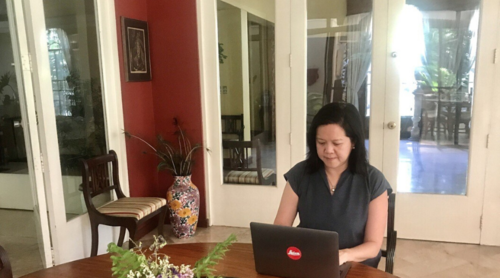 Meanwhile, Rivera of Kalibrr has glimpsed the future.

“We’re most likely going to do even more remote working moving forward, as I think the pandemic will come in waves. This is the new normal of how we should operate.”

This article was first published in SCMP