Have you ever come across a leader that has not put in their sweat and blood to get where they are today? It is very unlikely. Being a leader is never one easy step. It usually takes years of experience to be a well-rounded leader and it all usually begins when you hustle from the very bottom. Take Oprah Winfrey for example, who didn’t have the easiest start in life as a child she had to wear a potato sack as clothes before owning her own cable channel, The Oprah Winfrey Network and now has a net worth of 2.7 billion US dollar.

If you look closely, the most successful leaders don’t rise to the top based on paper qualifications alone, but the experiences they have gained, recommendations from their previous employers or seniors and their characters are the reasons why they are able to be successful in life.

If your goal in the future is to be a leader, then there are a few qualities that you can master and integrate in your daily life to achieve that goal of yours. It's not going to be easy but if you work hard, persevere and believe in yourself, then there is nothing that is going to stop you from being a boss.

Here are 10 of the most crucial traits to have that some of the well-known CEOs have shared that helped them thrive. Pay close attention and take down notes as you read along. You won't want to miss out on them. 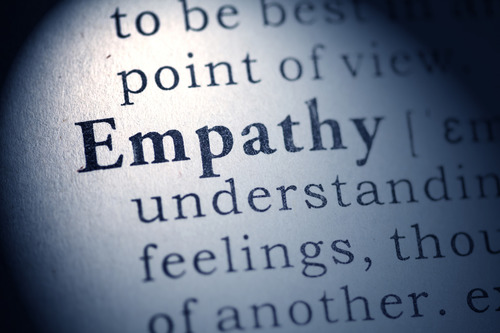 The art of being able to just feel for others and living in their shoes is key to understanding people. This being said, a company is never complete without the people who work together to help achieve the company’s mission. Jack Ma, who is the former CEO of Alibaba says that ‘30% of people will never believe you. Do not allow your colleagues to work for you. Instead, let them work for a common goal’.

He believes his deep understanding of what drives people while listening and learning from his employees is the reason why his employees are loyal. Everyone wants to grow as individuals and if the company understands that and are aligned with their personal goals, then there is no reason for them to seek another opportunity. 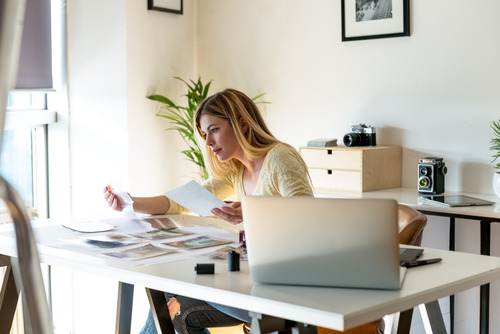 “Life-fulfilling work is never about the money -- when you feel true passion for something, you instinctively find ways to nurture it.”—Eileen Fisher

Most well-known CEOs have one thing in common which is Passion. This is what moves them to do what they do. Apple’s former CEO, Steve Jobs supports this by saying ‘If you don’t love it, if you’re not having fun doing it, you don’t really love it, you’re going to give up’ and he is darn right about that. His main vision was to create user-friendly and elegant computer technology and he never lost sight of that.

Making or building something valuable takes a lot of work and also time and if someone is not willing to keep fighting for it, they will not keep persevering. People who find their passion in life will keep trying to move forward even though they get rejected or fail because they take it as a learning experience to do better and also grow. 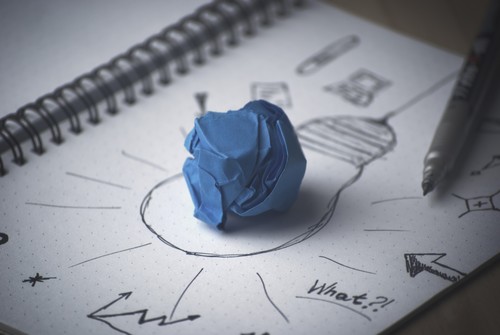 Developing a purpose for your company will ensure its sustainability. Just like how Mark Zuckerberg, CEO and co-founder of Facebook had one simple vision which is to build a system that connects people. The basis of having a clear vision is usually by identifying that there is a problem or a demand in the world and from there you will be able to focus on creating a product that will help solve this which is how Facebook came into existence.

Zuckerberg saw Facebook as an opportunity to bring two way communication virtually so people can stay connected although being miles apart. If you are able to establish a vision, then everything will flow easily because then you will know what to create, who to hire, how to build your marketing strategy and so on.

No one is good at everything. We as humans are flawed and that is totally fine. Being humble has more good than bad, especially when being a leader because it allows your employees to open up to you and build a longing trust. Leaders hire people to work for them because they are not good at everything. They need someone to be good at managing their finances and to create an effective marketing strategy. Without them, the ideas won't even come alive.

Microsoft's CEO, Satya Nadella embodies this trait where he uses a different leadership approach which is by being a servant leader. This method is done by putting himself lower than all the ones who works below him. Instead of using his power to control people, he motivates his employees by giving them full authority to take decisions. Reciprocally, both parties will build a trustworthy bond and have a good relationship. 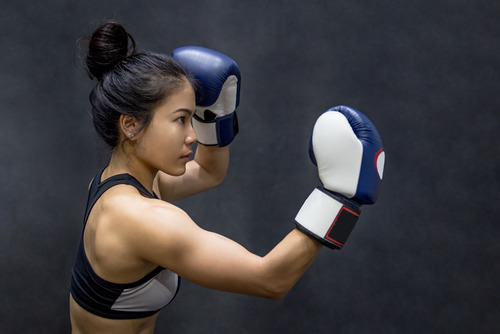 If J.K Rowling gave up after being rejected multiple times as an author, we wouldn't been able to be buried in her New York Times Best Selling novel series, Harry Potter or seen any of the incredible fantasy based movies. But due to her undying perseverance, we got to watch her imagination become a reality. Although J.K Rowling wasn’t a CEO of a company, but she sure proved to be a boss by publishing not one but several novels that was then made into films which manage to round up her net worth to a billion dollar topping Stephen King who has been in the industry way longer ahead.

It is easy to give up when all things fail, but remember that people learn by making mistakes. So instead of seeing your rejection as a sign to stop, see it as a way to find new methods to move forward and make it work. Take in the criticism you receive and prove yourself that you can do better.

“I always did something I was a little not ready to do. I think that’s how you grow. When there’s that moment of ‘Wow, I’m not really sure I can do this,’ and you push through those moments, that’s when you have a breakthrough.” Marissa Mayer – Yahoo

Often times, people have great ideas but are afraid of the consequences that might occur if their plans don't succeed. As children, we are taught to always believe in ourselves but how ironic is it that we lose that sense of confidence as we get older and start thinking of all the possible ways things could go wrong.

To be honest, most of the greatest leaders started off as underdogs. Jeff Bezos, CEO of Amazon, choose to establish a team of previously failed grocery store and delivery executives when he launched Amazon’s grocery delivery service, AmazonFresh in 2007. He had his reasons for choosing the underdogs because he believed experiences of failures will double the effort of a person when they get the chance to prove their selves again. True enough, AmazonFresh is now a huge hit and is expanding to deliver at different parts of the US. 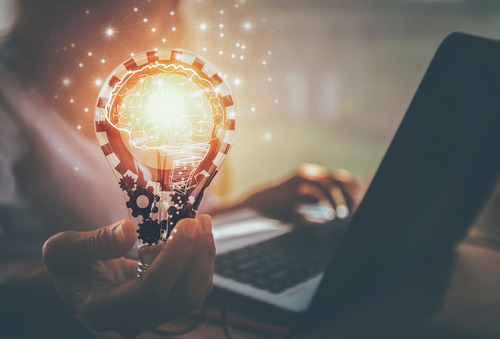 The ability to come up with innovative ideas to tackle a problem and to find a solution is another trait that all leaders should possess. Many great leaders have an uncanny ability to think outside the box and outwit their competitors. Its not luck but a mind-set paradigm, that focuses on continuous learning,  and asking critical questions. It goes without saying that the most innovative companies in the world have the most curious people at the helm.

Google is the best example, the company started in a basement garage has grown tremendously far beyond being just a search engine. Their primary focus was to help people organize the amount of information being put out online. I mean, don’t we all use Google to search even the silliest things like ‘how do I grow a beard?’ or ‘how much water can an average person drink before they blow up?’ Google has not just become a company but a verb that we use in our daily lives and this is all thanks to their innovativeness to look ahead than their competitors.

Earning trust from someone is not an easy-peasy task. It takes time and proven actions to build that integrity. When managing a company, it's hard to satisfy every employee needs but by being vulnerable and opening up about company issues will help you during those rainy days. Like the old saying goes, honesty is the best policy.

Ann Mulcahy, CEO from Xerox corporations had a reputation of being straightforward. She knew that the company's business model wasn't sustainable so she told her employees the truth and how bad it could get. But to her surprise, this quality she had made her employees give their best efforts and turn around Xerox's profit.

“Leadership is about making others better as a result of your presence, and making sure that impact lasts in your absence.”  Sheryl Sandberg (COO of Facebook)

They say that you become who you surround yourself with and this is why most millennial put so much thought into which company culture they can fit into. In this cruel world, it's difficult to find peace with all this chaos going around and employees just wants to be with positive minded people. No harsh comments or judgments. Just words of empowerment and motivation. This is the ideal company culture that they seek.

Leaders are usually the ones that determine the company culture and to inspire others, you have to manifest the peace within yourself first. When you start to panic, so will your employees. Just like what Indra Nooyi, CEO of PepsiCo said 'if you want to improve the organization, you have to improve yourself and the organization gets pulled up with you'.

Owning up to your mistake is a trait that is critical for any leader, taking personal accountability for decisions, actions or behaviours undertaken under your watch is crucial in gaining and maintaining trusts of those that you lead. Accountable leaders, do not assign blame to others when things go wrong. Rather, they look to make things right. Society tends to respect leaders who can admit their wrong doings and put the needs of the business above their own personal gain. Stand as a team and fall as a team is the motto most successful leaders live by.

In conclusion one can’t be a leader overnight. The patience and willingness to build character and continue improving themselves is what grows them into a great leader. Don’t be afraid to take on challenges and go out of the box. When it comes to managing people, always try to understand their perspective and build a strong solid bond with them. Lastly, to find your breakthrough, you must never give up, always fight for what you believe in and obsess over your passion.

Check out half the sky's interview series for some great tips from some of the most accomplished female business leaders.women