Have you ever asked a colleague what his pay is? Probably not, as it would be considered impolite to do so. Yet in a capitalist society, your pay is often considered to be your value to society. "Equal pay for equal work" is a basic tenet of human rights - and it is a very important question to ask and be informed about.

What you earn today has another important dimension. Besides having a bearing on current purchasing power, it also has a cumulative effect on your ability to invest and gain possible future income.

As women outlive men on average, the ability to accumulate funds ahead of retirement becomes even more important.

For example, in the latest data available, women make up 59.2 per cent of the category "cleaners, labourers and related workers" and 37.6 per cent of "managers and administrators".

The call for gender wage parity is not a recent phenomenon and predates the women's suffrage movement of the 1920s. Although the International Labour Organisation was set up in 1919, it was only in 1951 that the Equal Remuneration Convention (No. 100) was formally adopted. In 1962, then Prime Minister Lee Kuan Yew, recognising the power of the women's vote, signed into law "equal pay for equal work" within the Singapore civil service.

So has Singapore achieved gender pay parity today? The latest Ministry of Social and Family Development data suggests not. The median wage differential from 2012 to 2016 exists in all job categories, with mixed progress shown to close the gap.

Though this data does not go into further detail, these differentials may be partially explained by a larger representation of men in the senior grades within these broad bands, as well as perhaps more women working part-time.

As pay continues to be one of the key determinants of job attraction and retention, thoughtful action can be taken on four levels.

First, the Singapore Government should continue to be the standard-bearer. The public service is the largest employer in the land - accounting for about 4 per cent of all jobs in the economy. Thus, the Government has a part to play in continuing to lead the way through role modelling, moral suasion and top-level engagement.

In the same vein, government-linked companies could also help lead the way for corporate Singapore. And the role of the Tripartite Alliance for Fair and Progressive Employment Practices in calling out unfair gender pay discrimination practices could bring further national awareness.

At the corporate level, companies should ensure gender-equal pay through consistent company policies such as clearly communicated pay structures and promotion plans that are affirmed by top management and reviewed by the human resources department annually. 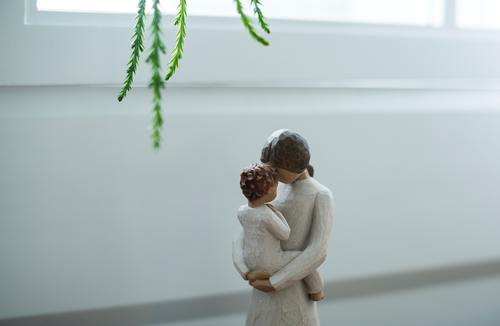 With one of the main reasons for the gender pay gap owing to the "motherhood penalty", companies must be prepared to be more flexible over working arrangements, and help sponsor and mentor women employees to attract, nurture and retain female talent.

Professional associations could also do their part by tracking and publicising wage data for their respective sectors. This may be beyond the scope of Singapore's national statistics to provide, but is no less important to members and other stakeholders.

At the individual level, women of all working ages, levels and professions should take an active interest in being able to get hold of reliable information to make a proper comparison on how they are paid. This extends to even women at the board level, where the pay discrepancy is, on average, 40 per cent, according to a recent study by the National University of Singapore.

To be sure, there are precious few times in one's professional life when conversations about pay and bonus can appropriately take place. One is right at the beginning, when starting off in an organisation, and then perhaps just once a year during one's performance review.

These are very important milestone conversations that one must be prepared for. It is not a time to be shy about asking questions to ascertain if you are being paid fairly.

How to make a successful career transition in your 50s

The future of hospitality and tourism: Building back better with women

Does being assertive backfire for women in the workplace?

Increasing the role of women in digital tech